Old school prog rock fans get ready for the show of the year: Yes, Todd Rudgren & Carl Palmer's ELP Legacy will play at The Joint at Hard Rock Hotel on Saturday 26th August on their Yestival 2017 tour! Escape back to the past with one of the greatest rock bands of all time and prepare for a live experience like no other!! Tickets disappearing fast – get yours while you can!!! 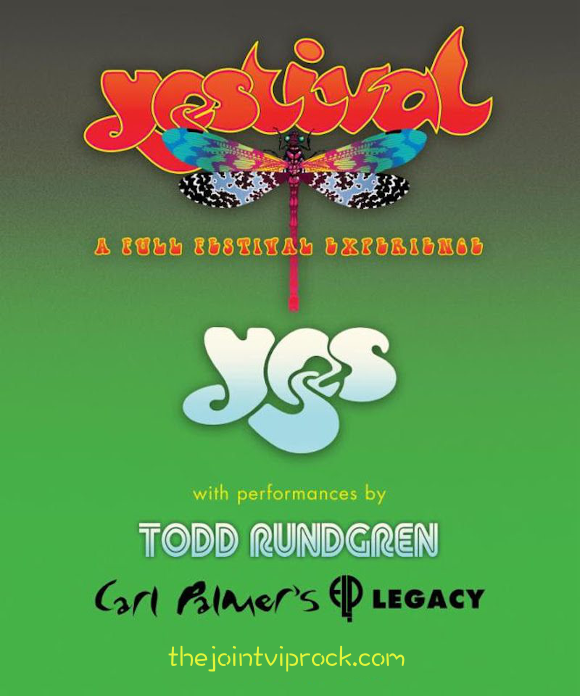 Promising a setlist full of your favourite songs from the course of the band’s career, YES are planning something a little different for this tour. Unlike their traditional performances, which featured full-album performances of select LPs from their extensive repertoire, this tour will take a broader approach, delivering one track from each studio album, from “YES,” of 1969, to “Drama,” of 1980, in chronological order. Fans will get a taste of Yes’ entire career, with a few surprises to come too!

In support, to give fans a “full festival experience,” is Todd Rudgren, promoting his “White Knight,” EP, together with and the Carl Palmer ELP Legacy, paying homage to the deceased Keith Emerson and Greg Lake or Emerson, Lake and Palmer.

A massive unexpected reunion tour, announced following Yes’ long-awaited induction into the Rock And Roll Hall of Fame, Yes have indicated that the band may not stay together for as long as fans might hope. Your chances to catch these legends of prog rock are limited – make sure you’re there! Get your tickets for Yestival NOW while they last!!