X107.5 Holiday Havoc RETURN for the 2017 Winter season! With an epic, out of this world line-up with the biggest names in Metalcore and Rock!! Rise Against, Portugal The Man, Royal Blood, New Politics & Mondo Cozmo are ALL coming to The Joint at Hard Rock Hotel on Wednesday 6th December 2017…

If this sounds like the concert for you or your friends then whatever you do don't wait around – grab your tickets before they sell out completely! There's no doubt they will! 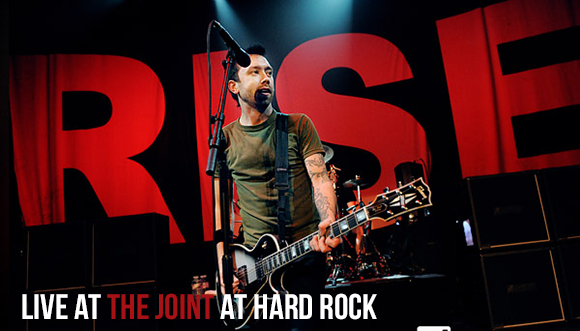 "Rise Against likely becomes the biggest punk band in America. They’ve long since eclipsed ’90s icons like Rancid, NOFX and Bad Religion in popularity (having three consecutive Gold records will do that), and when you put their catalog up against the similarly sized Offspring, it’s an easy pick."

"With just a backlit stage, the band enters, and the crowd starts cheering. Some have come to expect, and are used to, Portugal the Man’s unique live performance, and others are about to experience it. The bands setup is quite unique – Gourley (keeping his side to the crowd) faces the keyboardist. The only member of the band that faces the crowd is the bassist, Zach, who seems to be in his own world. In fact, they all seem to be in their own world, jamming, and it shows by how immersed in the music they are."