Fans of The National get excited!! The band are going on a MASSIVE worldwide tour with their brand new album “Sleep Well Beast,” The National lands at the The Joint at Hard Rock Hotel on Saturday 20th January 2018 for a show you’ll never forget!! Don’t delay – get your tickets now!! 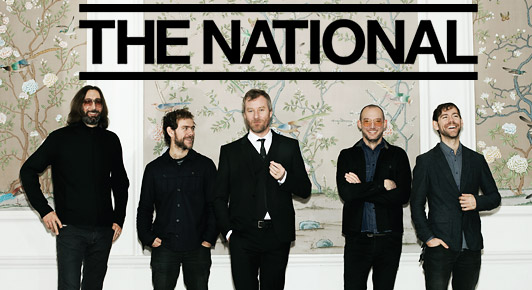 Formed in 1999, the National have been touring ever since and are showing no signs of stopping! Formed by Matt Beringer, twin brothers Aaron and Bryce Dessner and brothers Scott and Bryan Devendorf in Cincinnati, Ohio, they gained attention for their sound, strongly influenced by the likes of Tom Waits and Nick Cave. With support slots for acts such as R.E.M and their track "Fake Empire" being used extensively in Obama’s 2008 campaign, the band doggedly worked their way into the mainstream.

With the release of the video for “The System Only Dreams in Total Darkness,” fans are guaranteed an incredible live show with all-new material!! What are you waiting for?? Get your The National tickets today!!