Get ready all ye metalheads – The Joint at Hard Rock Hotel presents Psycho Las Vegas on Saturday 19th August 2017!! With a lineup including King Diamond, The Brian Jonestown Massacre, Gojira, Blood Ceremony, Melvins, Corrosion of Conformity, Sons of Otis, Chelsea Wolfe, and many MANY more, this is a festival that will truly blow you away! Pulling out all the stops, Psycho Las Vegas knows how to make a crowd go wild, with a phenomenal, unforgettable live show! Tickets are on sale now, get yours today to be sure of your place!! 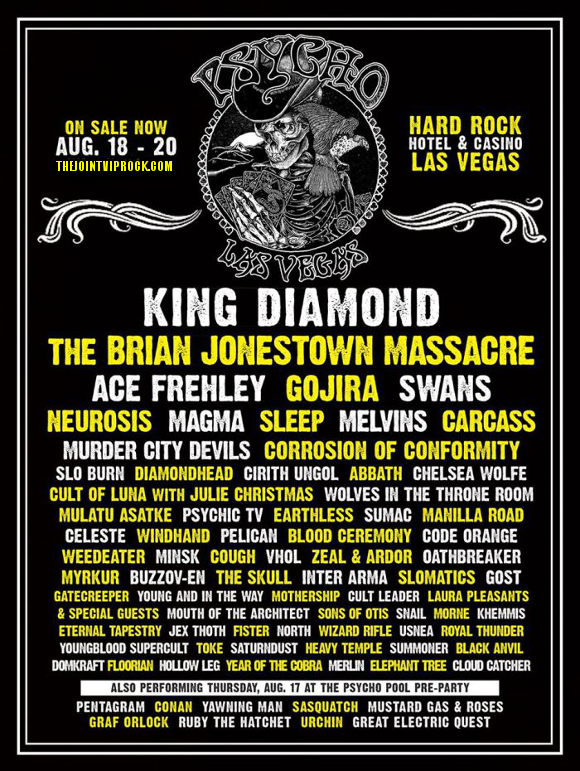 King Diamond have been announced as Psycho Las Vegas 2017’s festival’s massive headliner! With their performance at the festival this year, the band are celebrating 30 years since the release of 1987’s “Abigail”. What’s more, this will be King‘s only USA performance of 2017 – you really can’t afford to miss it!!

Get ready one of the greatest legends in metal perform live at the biggest underground festival in the world alongside a colossal line-up of many, many more – book your tickets NOW to Psycho Las Vegas 2017 at the Hard Rock Hotel and Casino!