Nine Inch Nails fans, we’ve got an unmissable event coming up for you at The Joint at Hard Rock Hotel!! The iconic industrial rock band are playing the second night of their 3-day stay on Friday 15th June 2018 – be there!! Hit the “Buy Tickets,” button to get yours today! 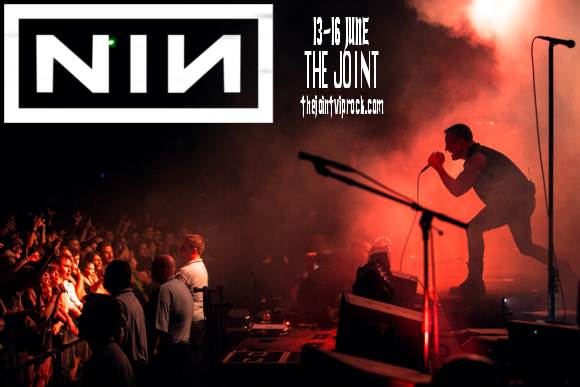 Since their first record “Pretty Hate Machine,” in 1989, Nine Inch Nails made their mark upon the history of both underground and popular music today. Starting in 2016, the band began a series of EPs that was later confirmed to be a three-part collection. If Trent Reznor himself is to be believed, Nine Inch Nails will have the third part of the trilogy out by the time they arrive at The Joint. “We’re in the process of finishing that right now and that should be out before the shows take place,” the frontman said in an interview. “It’s not what we expected it to be”.

So get ready to expect the unexpected at the show – have you booked your tickets yet??? Hurry, before someone else does!