Are you ready for Nickelback?? The Canadian rock band are ready to rock Las Vegas this spring! Get your tickets NOW to see them live at The Joint at Hard Rock Hotel on Friday 2nd March 2018!! 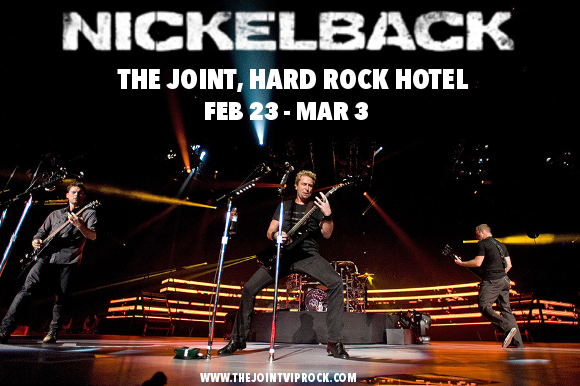 The hard-working “Rock Star,” band are mostly taking a break from touring with their latest album, “Feed The Machine,” with this limited run the only announced tour dates of 2018 so far. The band have described the new album as; “A statement about the modern society… Being fed what you want to hear that manipulation can apply on so many aspects of life… Though I don’t think it is an accusation to modern society, if you would play this a hundred years ago it would still be relevant. And that is exactly what we want. Delivering a message; think, don’t believe all the crap. That is not only important now, but has always been.”

Get ready to hear that message and more live in Las Vegas – get your Nickelback tickets today!!