This fall… get ready for Incubus! Fresh off the release of their album and nationwide tour, the crossover rock band have announced a special 5-day residency at The Joint at Hard Rock Hotel. Catch them live on the second night of the residency Saturday 3rd February 2018! Tickets on sale NOW and selling fast – get yours while you can!! 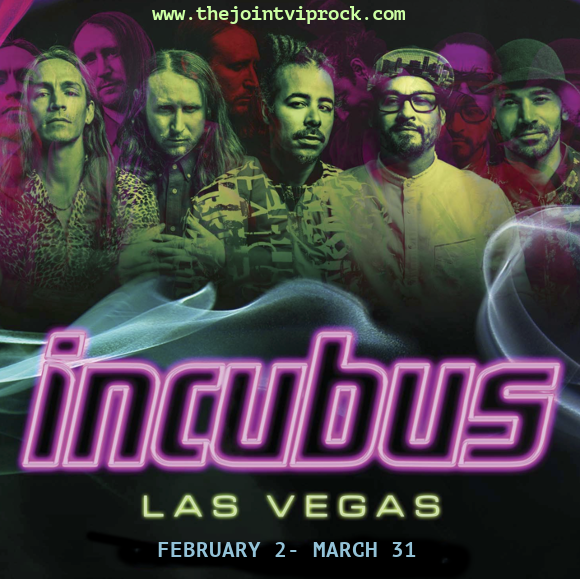 Formed in 1991 by Brandon Boyd, Mike Einziger, and Jose Pasillas, Incubus gathered an underground following with their first two albums, “Fungus Amongus", and “S.C.I.E.N.C.E.” With their third, “Make Yourself,” catapulting them into the mainstream media due to the success of their single “Drive”. Since then, Incubus have enjoyed both a mainstream and cult following.
Get ready to experience their live show for yourself – get your Incubus tickets today!!