Bring Me The Horizon Tickets

Metalcore and alt metal fans listen up!! Bring Me The Horizon are about to set off on their “American Nightmare,” tour, showcasing their most recent bestselling album, “That’s The Spirit”!! With incredible support from Underoath and Beartooth, they’ll be headlining The Joint at Hard Rock Hotel on Saturday 8th April 2017. This is a GUARANTEED sell-out show – get your tickets early to avoid disappointment. 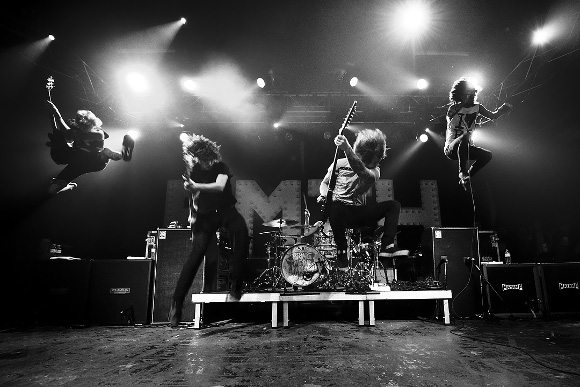 Already one of Britain’s most sought-after bands, Bring Me The Horizon have toured extensively worldwide, performing to millions of fans and selling out locations from smaller venues to huge stadiums!! Starting out with a deathcore sound, the band have gradually shifted more towards metalcore, becoming gradually more popular and accessible with each release, culminating in their most recent 2015 release, “That’s The Spirit,” their most successful yet. The album became the best-selling in the US in it’s first week, whilst the lead single “Throne,” hit the top of the Active Rock radio charts and stayed there for two weeks straight!!

Tampa-hailing Christian post-hardcore band “Underoath,” will be in support, still delighting fans with their recent 2015 reunion after a two-year breakup. Twice Grammy-nominated and with two gold-certified album, Underoath will play a show like nothing you’ve ever seen before. Opening the show we have the formidable Beartooth, promoting the follow up to their incredible debut album, “Aggressive”!

Don’t miss out on your chance to catch this MASSIVE band and the amazing support acts live – click the “Buy Tickets,” button at the top to get yours TODAY!!