A Day to Remember Tickets

Don't miss your chance to see A Day to Remember at The Joint at Hard Rock Hotel on Wednesday 28th February 2018! Tipped to be the most EPIC show of the year, A Day to Remember is quality entertainment at its best! There are still tickets left, but don't delay – as previous shows have shown – they WILL sell out!

"As far as modern rock bands go, A DAY TO REMEMBER have always been a curious beast. Packing a curious fusion of metal riffs and pop-punk vocal hooks, the Ocala quintet seem to have had an ever-growing fanbase on these shores for years now, to the point where they’ve finally reached arena headline status." 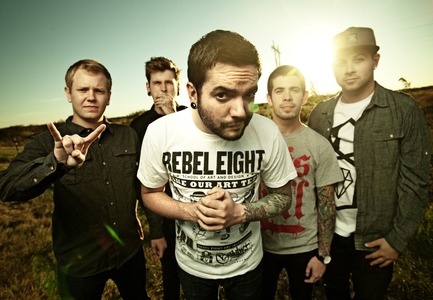 A Day to Remember have been packing out stadium shows across North America since their beginning in 2003! Founded in the spring of 2003, these rockers became a hit on the local scene in Florida and quickly spread to surrounding areas, now they are one of the biggest bands on the Pop Punk and Metalcore scenes… A Day to Remember are; vocalist Jeremy McKinnon, rhythm guitarist Neil Westfall, bassist Joshua Woodard, percussion and drummer Alex Shelnutt and lead guitarist Kevin Skaff.

After signing to Indianola Records in the early 2000's, they have managed to release a total of six albums, including the likes of; For Those Who Have Heart (2007), Homesick (2009), What Separates Me from You (2010), Bad Vibrations (2016). And the list of albums are still counting, A Day to Remember have toured the US and around the globe supporting some of the top names in Rock. Now they are a headline act and their dedicated fans, both new and old are able to catch them as they embark across North America on their Winter 2018 tour!!

If you haven't seen them perform live before then be sure to grab the opportunity as anyone who has will say they are a serious must see! Tickets will sell fast as the main event draws closer… are you ready?!